We’re heading into coat season. And if you’re tired of wearing jackets on chairs, dangling from handrails, or flipping over on the couch, it’s time to do something about it. You can build this simple coat rack in two to three hours. For materials, you don’t need anything more than a few pieces of 1×8 scrap pine, the longest of which should be 43 inches. If you buy lumber, one 8-foot piece of 1×8 pine will suffice. Grab some finishing nails, a can of spray paint, glue, and some coat hooks, and you’re ready to build.

The carpentry here is very simple: rip, cut, and guide a decorative edge. We used a table saw and miter saw for our cuts. You can easily use a cordless mini circular saw, especially route the cross-cutters with a square.

Using a metric saw, cut the parts lengthwise as shown in the diagram, then tear off the parts to the width shown.

Mark a 4-inch radius on the 6-inch parts that will become the end brackets. Pin the parts together, cutting both end arcs at the same time. lack bandsawyou can cut it with saw the jig. Manual sandblasting for curved cutting using 100 grit sandpaper. 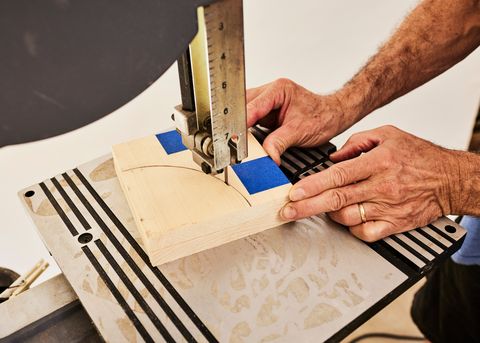 Attaching the two finished blocks together with two pieces of masking tape and spreading them out at the same time ensures identical curves.

Then, using a router and a bore hole, cut the decorative profile on the leading edge and ends of the top shelf. 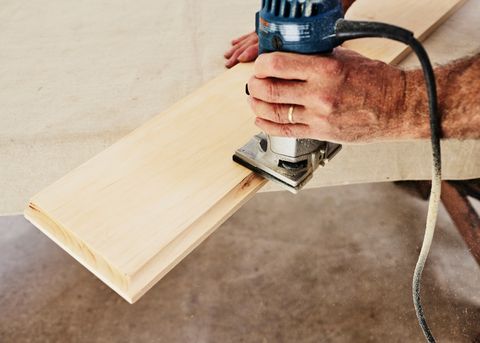 Cut the cavern profile on the top shelf with a router. When shaping the outer edge, as in this case, keep the router between you and the workpiece and move counterclockwise.

Locate the bench hooks as shown in the drawing, and trace the outlines of the first and last hook. Next, make two 3⁄8-inch screw holes in the backing board, one behind each hook. Later, you’ll use these holes to mount the coat rack to the wall. I intentionally placed the screw holes behind the first and last coat hook, so that the hooks would hide the mounting screws. Space between two screw holes is 32 inches. In this way, the coat rack spans three nails, one at each end and one in the middle; Fixing it at the screws at both ends provides more than enough clamping force. You also don’t need to screw it into the center screw. 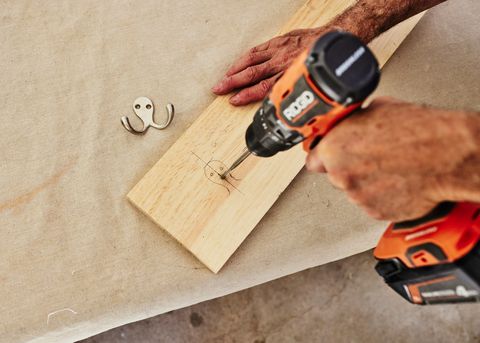 Trace the outlines of the first and last coat hooks on the back panel and drill an equivalent hole for mounting a screw at those locations. When the coat hooks are installed on the board, they will hide the mounting screws.

Apply two top coats of paint to all surfaces of each part. used Bohr Metallic Oil-Coated Bronze Spray Paint. Use sand gently between coats 220 grit sandpaperremove dust using a cloth tack before laying the next layer. 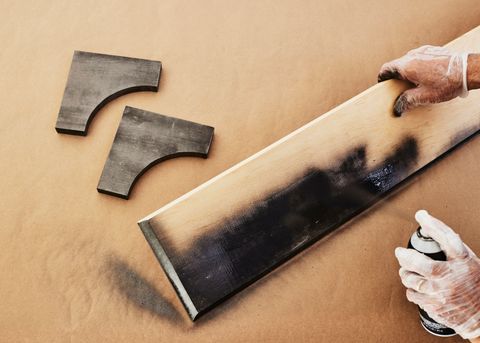 Lay the shelf parts on a piece of cloth or hooded paper and throw a coat of paint on them. In the case of this Behr paint, no primer is needed first. 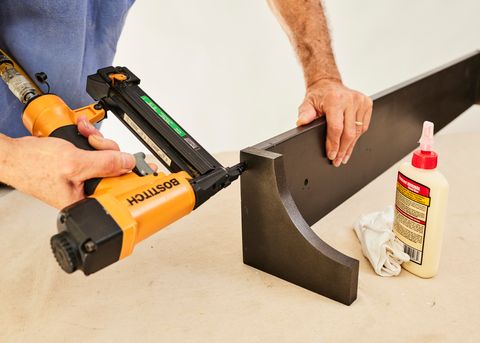 After the rack is assembled, install the three center coat hooks. Hooks are spaced 8 inches (center) and 2 inches down from the top of the back panel. This provides adequate spacing for even bulky coats. 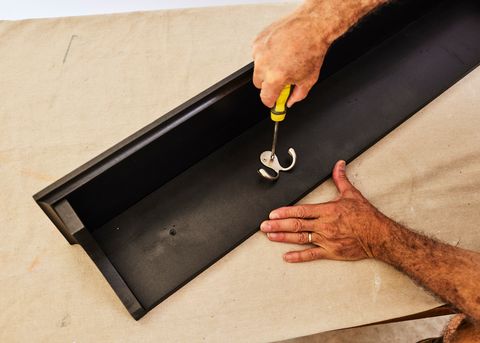 After assembling the coat stand, install the three coat hooks in the middle. Drill a pilot hole at each screw location and push in the screws that attach the hook to the back plate.

To mount the coat rack to the wall, first locate the studs in the wall with a stud finder. Mark the bracket location and measure 32 inches left or right to locate the other mounting screw. (Whether you measure left or right from that first stud location does not matter, as long as you can land on another stud and the mount is where you want it.) With the stud locations marked, take a level and mark a small level line in each stud, and drill a hole Pilot each stud, and drive the mounting screws there.

Everyone knows, however, that wall framing can be widely inaccurate. If you don’t hit a stud in the second position, you will need to drive a screw into the first stanchion, and then use the wall anchor in the second position. Due to the amount of wear and tear that the coat rack receives, we recommend that you use Toggle bolt there.

With the coat rack installed, install the two coat hooks on the ends to conceal the mounting screws. Now the only challenge is to get your kids to use the coat rack.

Joe is a carpenter and former cabinetmaker who writes extensively about rebuilding techniques, carpentry, and tools. He has written eight books and is a contributing editor to popular mechanics. As it appears in the file homeowner today TV show, co-host of weekly Homeowner radio program today. Joe writes from his home in Roxbury, Connecticut.